Last Friday night, an undeniable truth was brought to light. Lying in bed, swaddled in my onesie, an overheating Macbook air was vibrating over my duvet – I was watching Youtube’s Hot Ones, hosted by superhuman (Hot wings slayer) Sean Evans. He was interviewing Shia LaBeouf, the ever so polarizing figure, and in doing so, brought up something very interesting: LaBeouf’s choice of wardrobe and the sheer impact it has on unsuspecting bystanders and social media lurkers. Which made me question, have we been sleeping on Shia LaBeouf’s style game?

LaBeouf has long manicured the “scumbro” aesthetic, a personal style articulating the coalescence of an art student (with loans) who just rolled out of bed to go to his 4pm class, only to follow it up by a late night session at his local “coffeeshop.” Surprisingly, art boy is alarmingly on trend for the times, as even Highsnobiety has named him “a bonafide fashion icon.”

In calibrating an uncomfortable amount of ironic T-shirts with work boots and fleece sweaters, his “zero fucks” attitude makes me question what a respectable outfit means anymore – at least in respect to streetwear.

In a season sorely in need of raw style, LaBeouf’s outfits are refreshingly humble in an environment where celebrities are Supremely put together. Whether it be to the airport, grocery store or cab, in which all activities would only require normcore styling, celebrities are rather glamping themselves up and making everything a marketing opportunity for the ‘gram. In contrast, LaBeouf is a rarity in Hollywood, and has rightly caught the attention of menswear enthusiasts, who are ready for anything but high-end perfection. A$AP Rocky, David Beckham and Jeff Goldblum are still fashionable in their own integrated decorum, but sometimes you’re just craving a dollar slice rather than a whole gourmet pizza with extra parmigiano reggiano.

Dirty sneakers, dad hats, pants tucked into socks and damaged tees, oozes that exotic “laissez-faire” attitude LaBeouf owns – most recently copped by a group of men such as Pete Davidson, Jonah Hill and the Biebs, who traditionally would not be in the forefront of a woman’s wet dreams. Yet, in 2019 we’ve thrown out conventionality and with that “Prince Charming.”

A quick scroll through @shiasoutfits, an instagram account which has accumulated 107k followers, only further proves that LaBeouf prioritizes comfort before any trend. Unquestionably driven by instinct, his style suggests an underlying sense of being misunderstood, in an attempt to better express himself.

From former child star to chaotic B-list actor, we were first charmed by his portrayal of “Louis Stevens” in Disney’s Even Stevens, and later by his work in Michael Bay’s Transformers series. However, his recent behaviour is beginning to overshadow his acting capabilities.

Within the past decade, Labeouf has been subject to multiple arrests for driving under the influence and disorderly conduct, among others. In an attempt to re-orient his brand back onto the artistic scene, he’s thrown himself into performance pieces, such as the viral #JustDoIt video and the “I’m not famous anymore” paper bag incident on the red carpet.

However, then there’s the conspiracy that LaBeouf has in fact created a characterization of himself, à la James Franco, in order to create a satirical in-joke (and paycheck). In a true testament of our times, the facade of creating a persona in order to gain popularity and engagement is extremely telling. Three words: President Donald Trump.

LaBeouf may also be trying to compensate for his lack of film roles by becoming a caricature within his style, as he’s explained in radio B96 Chicago interview that “Everybody’s got a uniform, you know what I mean? Even though it looks haphazard, it’s actually very thought through.”

Taking major notice of the hits (or misses) are designers. In particular, luxury designers who celebrate chaotic dressing for its sense of privilege. LaBeouf doodles on his sneakers, Vetements and Enfants Riches Déprimés saw it, respected it and made it “high fashion.” LaBeouf sports army boots, Kanye West raps “I wish I dressed as fresh as Shia LaBeouf”  and creates the Yeezy Boost 750 and Yeezy Season 3 boots, as Balenciaga releases a similar pair for $1,000.

Stylist and brand consultant, Julie Ragolia explains that: “I think Shia’s style resonates because there’s a sense of nonchalance that all men hope to achieve for themselves.” Subsequently, Mr. West had a militaristic vision and took LaBeouf as an ironic muse. The latter revealed to Esquire that West came to his house one day and took “all my fucking clothes”.

At the end of the day, Ragolia explains that “for a guy like Shia, clothes are a reaction to what he’s thinking, feeling and seeing culturally.” His ability to “own it” should be something not only to perversely observe for entertainment purposes but to also independently take on with our own styling relationships. This will further help us in manifesting our thoughts and feelings in our own everyday ensembles.

Ultimately, when taking inspiration from any of the above mentioned looks, take note of LaBeouf’s previously manifested wisdom, in the #JustDoIt video. 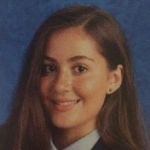 Sarah Iacobacci is a 20-year-old Canadian student, studying Communication Science at the UvA. She is the University reporter of The Amsterdammer.