The Dutch healthcare system is the best in Europe, according to the 2017 Euro Health Consumer Index. Is that true? And when it comes to Dutch hospitals, which ones are the best and which are, instead, the ones to avoid?

BovenIJ Ziekenhuis was rated as the best hospital in Amsterdam in 2017, according to the Top 100 Hospital Ranking published by the newspaper AD. AD released a ranking of the 100 best hospitals in the Netherlands based on 36 main criteria, which were selected on guidelines provided by the Healthcare Inspectorate. These include malnutrition, pain measurement, risk of sepsis, and percentage of errors in electronic prescriptions. Four criteria concerned the respect for patients, which were provided by patients’ associations. Every year, all hospitals in the Netherlands are obliged to make their data about provided healthcare quality available. In 2017, the medical association MediQuest collected these data and released statistics, which were employed by AD to elaborate on the ranking. This ranking aims at providing a general overview of Dutch hospitals’ medical quality and health care organization.

What is the keyword for success in health care? “Specialisation,” said Jon Schaefer to AD, the MediQuest director. If a complicated operation, like pacemaker or prosthesis insertion is not realized very often, it is better to delegate it to a more specialized hospital. Quality standard for medical operations is at least 20 per year. If a hospital does not reach this threshold, it should consider delegating a particular operation to another structure. However, one may wonder, whether this does not contribute to significantly extend waiting times for more specialized hospitals.

AD’s ranking only takes general hospitals that provide standard health care into account. For more specialized problems there are academic hospitals, which work in close contact with major Dutch universities. Amsterdam academic hospitals are the Academisch Medisch Centrum, linked to the University of Amsterdam (UvA), and VU Medisch Centrum, linked to Vrije Universiteit (VU). The third category of Dutch hospitals consists of teaching hospitals, which work with university medical centers to help with the training of nurses and medical interns. In Amsterdam, those are Onze Lieve Vrouwe Gasthuis and Sint Lucas Andreas Ziekenhuis.

The Netherlands is the only country to consistently place within the top three spots since 2005. It is followed by Switzerland (2nd), Denmark (3rd), Norway (4th), and Luxembourg (5th). Within this ranking, national health care systems are rated according to six factors: patient rights and information, accessibility (waiting times and treatment), outcomes (for example cancer survival, infant deaths, and depression), range and reach of services provided, prevention, and access to pharmaceuticals.

Is this ranking reliable? Does it provide a real overview of the quality of European national health care systems? When reading the report of the Euro Health Consumer Index (EHCI), produced by the Health Consumer Powerhouse (HCP), the following is stated: “Normally, the HCP takes care to state that the EHCI is limited to measuring the “consumer friendliness” of healthcare systems, i.e. does not claim to measure which European state has the best healthcare system across the board.” The Global Prosperity Index, created by the London-based research institute Legatum, is a huge survey that ranks the most prosperous countries in the world. One of the big components of the ranking, is how healthy a country’s people are. Health is measured by three factors: a country’s basic mental and physical health, health infrastructure, and the availability of preventative care. In this ranking, Netherlands is 6th among European countries. The podium is left to Luxembourg (1st), Switzerland (2nd), and Austria (3rd). 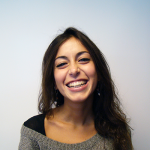