Lilly’s Plastic Pickup - The Experiences Of A Child Activist

How old do you have to be to care about environmental issues? The urge to help can strike at any moment. Some might start being active deep into their adulthood. For some, it starts around the time they go to university. For Lilly Platt, it started when she was seven.

Lilly, 10, has been engaged as an environmental activist with her organization “Lilly’s Plastic Pickup,” with which she regularly goes out to pick up trash around the Netherlands and attends international protests.

Her story begins in 2015 with the most mundane of activities: a trip to the fast food restaurant McDonald’s. Lilly and her grandfather noticed an immense amount of plastic lying on the ground. Lilly decided to pick up all the trash she could find on her short way. That day, she picked up 91 pieces of plastic that would have otherwise ended up in the ocean

“My grandfather told me that every piece of plastic lands in the ocean,” Lilly remembers. “It may take a week, a month, a year, but eventually it will be there.”

Proud of this accomplishment, Lilly and her grandfather sent a picture to Eleanor, Lilly’s mother. They quickly realized the potential power pictures like this might have.

“We thought, ‘Hey, we should do this more often!’” Lilly says. She followed up on that promise: after establishing a social media presence on Twitter, Instagram and Facebook under the name of Lilly’s Plastic Pickup, she started picking up trash on a regular basis, publishing photos on social media.

“My mission is to educate and inform,” Lilly states. Despite her young age, she acknowledges the potential of social media and the possible influence she could have. For this reason, her main focus is to continuously raise awareness and motivate her followers to take part in cleaning the planet. In 2017, Lilly’s Plastic Pickup first went viral, and her media presence increased significantly. After that, she started getting invited to events such as the climate rally in front of the European Parliament in Belgium and the Tweede Kamer der Staten-General (House of Representatives) of the Netherlands.

Politicians, though, often seem to pose an obstacle: “There are 751 seats in the parliament right now”, she says about her recent visit to the European Parliament in Strasbourg. “When we were invited to the climate debate in mid-March, only 28 of the parliament members were there.”

However, her inner circle does not lack support. Her family fully stands behind everything she does under the name of Lilly’s Plastic Pickup. “Our whole family is eco-friendly,” she claims, “And we respect every living creature, including plants!”

Her friends at Keenschool, a school in Bilthoven focusing on nature and the environment, support her as well. Although she does wonder why children of her age rarely attend her projects. “I think sometimes it is about their parents,” she speculates. “Parents need to be brave enough to let their children attend protests and strike for what they believe in. You need to support children who want to become activists, or else they will lose their green hearts.”

She also has some advice for prospective activists thinking about starting their own non-governmental organizations: “Be brave. Be strong. Your voice is the most powerful thing in the world. Don’t let the people who hold you back define you.”

In terms of her personal future, Lilly has great interest in Archaeology and Paleontology. She plans to study beside her ongoing activities for the environment. “I will keep on going until plastic becomes a thing of the past. We need to keep our emissions low so global warming remains below the limit of 1.5 degrees Celsius, or else many Islands and the Netherlands could get flooded. And I don’t want to become a fish.” 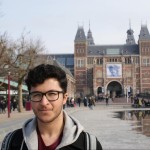