“Our Bodies, Our Voice,” a Reading on Sexual Violence at UvA

What do you think of when you hear “sexual violence”? “Pain”, “silence”, “rape culture” and “nightmare”. These are just a few of the many answers given by the audience at CREA on last Tuesday. The reading, organized by Amsterdam United and Aim, the study association of PPLE students, attracted many people.

The event was kickstarted by moderator Claudia Dictus, an Amsterdam University College student, who organizes sexual violence prevention workshops. Dictus and Gabriella Thompson are the chairs of ASAP – AUC’s Program Against Sexual Violence, which was originally known as the Anti Sexual Assault Program. ‘ASAP’ now stands for sexual violence survivors to receive the help they need as soon as possible. The program started at Amsterdam University College with the goal of raising awareness on this issue. As the moderator, she described the scope of the issue, about 20 percent of students will encounter sexual violence during their studies, half of the survivors develop PTSD, and many of them never reach out for help. During the event, three public speakers came forward on how policies on sexual violence at the University of Amsterdam can be improved. Dictus explained the reasons why the organizations hold these events: “As a survivor myself, I was shocked to see how many students at the UvA have similar experiences and how often the system has failed them. Our organization aims to raise awareness and helps them to deal with the emotional impact. We are now looking into how to make survivors’ lives easier at the university.”

Gabriella Thompson also took part in the reading as a speaker and talked about her life as a survivor of sexual violence. In 2016, as an MTV campus ambassador, she wrote an article called “When it Happens” in which she explained the struggles she faced after her first sexual assault. As PR manager and co-chair of ASAP since June 2017, the third-year student of Amsterdam University College advocates for sexual violence survivors to get the necessary help from educational institutions by sharing her experiences. Thompson conducts workshops on sexual violence and is an ambassador to spread awareness. The survivor emphasized how hard life can be for new students at the university after they have left their support network at home, their lack of new friends and not knowing who to trust. If something were to happen to a student, it would be hard for them to find help.

During the event, Claudia van der Heijde, representative of the Student Health Service at the University of Amsterdam, applied her research to the formation of policies on sexual violence. It is hard for students to look for help, she says; which might be caused by the stigma around sexual violence: “Students are in a period of their lives in which they are exploring their identity. They want to do everything on their own and are worried about how others think about them. […] But I think we could solve the problem by storytelling.” Van der Heijde explains how a colleague created a website, ik-student.nl, which gathers stories of students who have “encountered problems but didn’t look for help immediately.” “By reading how their problems grew and grew, empathy is really raised among the readers,” she added.

Ph.D. student Marielle le Mat, a candidate in educational sciences, agrees with Van der Heijde’s proposition. Currently researching how sexual education can address sexual violence in Ethiopia, le Mat believes “It all starts with people.” Her research revealed that  Ethiopian students gained “consciousness and reflection after someone in their group of friends or a family member opened up about their negative experiences,” she explains. “Knowledge is not the same as consciousness and reflection.”

During an open discussion with the audience, many members of the audience added insights into the culture of sexual violence at UvA. Le Mat admitted that her co-workers at UvA “rarely talk about issues of sexual violence.” If help needed, the Ph.D. student did not know where to find it until recently. “I also discovered, that the University’s code of conduct is not available in English, only in Dutch. This should be changed as soon as possible.”

Unlike le Mat, Dictus affirms “there are several people within the university that are responding positively to [their] work.” Indeed, she believes that the idea will start to grow into something more “concrete” and possibly into policy-making. “[But] without cooperation, we won’t get anywhere,” she said. “These workshops aren’t threatening anyone, but the moment we want to create actual institutional change, you suddenly meet with a lot more resistance along the way.”

After the reading, a borrel was held to discuss further on the matter of policies on sexual violence. Jinane Araqi, a second-year PPLE student, did not change her opinion on sexual violence during the reading. “I already thought that sexual violence is something that we should actively act against. However, the event did open my mind to more ways of dealing with it,” she said. Unlike her, her friend Alexander Gritsay, a first-year PPLE student, believed the reading helped him realize the lack of action the university has taken regarding the issue. “I realized how little the university has done to inform us and that these events really need to become institutionalized,” he said. “Having these meetings should be mandatory at least a number of times a year. It’s only effective when you do it consistently throughout; one session may change a few persons, but not all. My personal approach would be to inform people of consequences. If they lack moral values, they should at least be afraid of the legal consequences that such actions entail.”

On June 13, the organization will hold another event, “Working with boys and men in the #metoo era.” For help finding support and crisis resources visit: 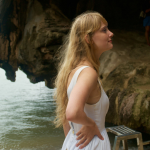