Farming is an often-overlooked career, not many people stop to think about how their food found its way to their plates. Regardless of this, farmers play an important role in our society. However, they are facing a crisis in India at the moment, and support is diminishing.

Despite more than seven months of protesting, politicians have yet to satisfy the farmers’ demands.

Barricades have frequented Indian cities and villages since August 2020. On one side, green police hats with batons to match. On the other, an ocean of turbans and fists of all colors raised high in solidarity. From gatherings of dozens to movements of millions, Indian streets have borne witness to the workers’ clarion call. Their message? Simple. No farmers, no food.

In the midst of a pandemic, over 250 million people in India revolted in support of farmers to contribute to the largest protest in history. Four months later, the solidarity is dwindling, but the struggle is not.

Though neoliberal policies of privatization have antagonized farmers for decades, the deregulatory bills passed by the Indian Parliament in September 2020 symbolize the essence of the issue. Suraj Dev*, a 23-year old Indian Master’s student of Political Economy at the University of Amsterdam, summarizes it as “an outcome of a disconnect between New Delhi [government] and regular people”.

Farmers excluded in the creation of new policies around sustainability

The need for urgent climate action has frequently burdened laborers and farmers, demanding sustainability from a group striving for sustenance. On their ascent, developing countries tend to devote more resources to secondary and tertiary sectors. This partially explains why more than half of India’s workers would get devalued as the country attempts to gain international leverage.

However, where other countries also devote resources to leveraging farmland and its workers to contribute to the new priorities of the economy, India has not convinced its constituents of their own plan for retraining labor workers, many of whom have lineage punctuated by farmwork.

While the bills were proposed and passed as a “revolutionary liberation” for farmers, the farming community, its unions and representatives, were not involved in its discussion until the fifth month of protesting. Therefore, when the Farmer’s Produce Trade and Commission Act made any pollution a crime that farmers could be prosecuted for, they responded with an en masse burning of crop residue in November 2020.

Dutch farmers were similarly antagonized for their nitrogen emissions in 2018, resulting in the country’s busiest, tractor-induced rush hour. The urgency of addressing the climate crisis has repeatedly compromised the image of farmers because of their exclusion from discussions regarding the future of their practice.

Despite the moral ambiguity of the Indian farmers’ residue-burning, workers around the country sympathized with their mistreatment, leading to a country-wide strike by 250 million people on November 26, 2020. Suraj expresses this as “people waking up to the disillusionment that this government is doing its own thing without really considering much”, rendering the unilaterally-conceived bills as an oil-dipped cherry atop a burning cake.

A self-regulating market: a disadvantage to farmers?

First and foremost, the policies promote direct transactions between private buyers and farmers, reducing the role of government-regulated markets. While the promise of free markets is abundant, Suraj describes the policy’s position as leaving the farmers “completely to the market”. He believes “[that] there needs to be at least a decade of people [farmers] trying to understand how the market works,” adding that “there has been a lot of research done that prices would be higher” in a market-mediated farmer’s trade. However, there is concern amongst the population about the position of farmers negotiating with large businesses without “social and economic safeguards”.

Considering the rising costs from the recently privatized seeds and fertilizer market, farmers are apprehensive about trusting big companies. Paired with the loosening of a minimum support price and the abolition of hoarding prohibitions, farmers are feeling vulnerable to the hands of the market, which Suraj describes as “always having vested interests….having the potential to gain lots of profit” while stockpiling “inequality, power and more exploitation”. Introducing contract farming or producing to the specific demands of a private buyer only heightens the fears of farmers.

While the bills could provide a supportive framework for the value-leaking industry, farmers fear that it will soon transition from a lucrative option to the only one. The lack of discussion and educational onboarding regarding the policies has rendered every negotiation futile as farmers demand a complete rescindment of the bills.

The protests are ongoing, but violent escalations lead to dwindling support

As they wait to be fully supported or opposed, protest sites have emerged as portable city centers, equipped with eating areas, movie screenings, and designated spaces for rest. It is clear that the farmers, who were never consulted on this national change to their practice, have no interest in being consulted now. The workers rejected the government’s proposed 18-month suspension of the bills during their sixth month of revolt.

On January 26, 2021, India’s 72nd Republic Day, confrontations between the protestors and the police turned riotous when factions of the movement deviated from the approved path and stormed the Red Fort, a historic residence from the Mughal period. The ensuing political and infrastructural violence had dampened corporate and public support for the cause. “Once the narrative is put out of this ‘violence’, the allyship disappears… Parties become tone-deaf, they water their support down”, adds Suraj, “For media houses, the story is juiced out now that they’re going back to just sitting down.”

As protests continue in the shadows, it becomes clear that the media was never an ally. The need for social justice drove millions around the world out of the safety and comfort of their homes in 2020, whether it was justice from deportations, colonisations, wrongful imprisonment, biased judiciaries or police violence. India’s incredibly populous rebellion has set a new benchmark that can only be transcended when the world’s workers unite.

*Suraj Dev is a pseudonym used for the interviewee who preferred to stay anonymous. 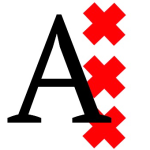