On Wednesday, May 15th, the study association of media and information organized their annual “Off-screen Film Festival” in the movie theater Het Ketelhuis in Amsterdam. A number of cinema lovers submitted their own short movies which were shown on a big screen.

The event had a three people jury that voted for their top three movies. For these selected winners there were gold, silver, and bronze ducks as prizes to be won. On top of that, the first prize winner was also rewarded with 100 euros. However, the jury were not the only ones voting, the crowd was allowed to vote for their own favorite movie too and from their vote, a crowd favorite was chosen. 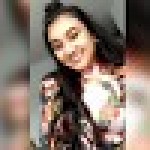