The Copyright Directive (colloquially known as the EU’s ‘meme ban’) was recently passed by the European Parliament with 438 votes to 226 against. After an impending final vote in January, its entry into the statute book seems increasingly likely. Even though meme pages on social media have enjoyed the opportunity to be self-referential, they are perhaps not the most reliable source for information on the first major change to copyright law since the inception of the internet. So here is a round-up of the two most controversial articles.

Article 13, the most infamous appendage, would make an upload filter a prerequisite for all multimedia platforms. Video sharing platforms, for example, would have to scan every frame of every upload and cross-reference it with every other copyrighted frame in existence to ensure that it does not infringe on any laws; and if it does, they must procure the rights for it. This can pan out in two ways: corporate organizations could spend millions of euros to establish a system for this cross-referencing and acquisition, or they could ban everything that has any copyrighted material. This is meant to reduce the disparity in the revenue earned by the different parts of the media industry. “Right now the rules are completely tilted in favour of user-upload platforms”, wrote Helen Smith, executive chair of the Independent Music Companies Association, in an open letter to EU parliamentarians. However, there is also the issue of whether a platform can distinguish between copyrighted material and content legal under the EU’s list of fair use exceptions, which allows the reuse of content for reviews and “caricature, parody or pastiche”, among other uses. Even though the article aims to decentralize the flow of money and allow more revenue to filter through to smaller corporations, will the execution be systematic enough to not compromise on the public’s freedom of expression?

Similar issues arise with Article 11, the link tax. In a similar vein, this could also reduce your access to information by charging websites for sharing snippets of other content. Aggregators like Flipboard and Google News, who compile news reports from different sources and provide hyperlinks on their interface, would have to pay each newspaper whose article is being shared. Germany and Spain, both of whom attempted to implement such measures, suffered unintended consequences as the aggregators simply stopped their services instead of paying sources. Of course, due to Google’s scale and local news companies’ lack of it, the minnows suffered. Article 11 again tries to redistribute wealth in industries – but will its implementation reap the benefits it aspires to?

It is important to establish why these problems are recognized as such if we wish to comprehend them. Small businesses and content creators will be at a crossroads where their industry could be revolutionized, making them far richer and more successful. Or instead, their market could crash entirely without the support of the mammoths of the tech industry. Consumers could either be left with a few scraps or a multitude of novel and innovative content.  For entrepreneurs, much is also at stake. The technology that these laws would mandate could cost millions of euros, raising question marks over its affordability for tech startups. With everything to gain and everything to lose, it’s the precise execution of these articles that ultimately will decide how our online future pans out. 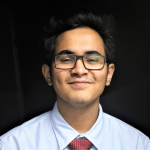