Shazam!: Power for the Powerless

Warning: this article may contain spoilers.

When discussing superheroes, Captain America, Superman or Batman are our first thoughts. These characters are continuously adapted into films which time after time successfully become a hit amongst the fans. Shazam!, the latest superhero film that I watched, is arguably different to the previous DC superhero films. Yet, despite its creative input, it still fails to escape the superhero film patterns we are used to.

It is not hard to find at least three elements that are present in every superhero film – a mentor, an enemy and super powers. In Shazam!, a teenage orphan, Billy, receives his superpowers from an ancient wizard. By shouting out “Shazam!” he turns into an adult superhero whose attire consists of a piece of red tight clothing and a white cloak.

The film, just like any other typical superhero story, focuses on the protagonist’s growth and development as he finds his true identity. The story revolves around Billy, a child who moves among foster families. Every time he is in a new foster family, he tries to distance himself from others. In the meantime, during his pursuit to find his birth mother, he moves to the warm and cozy house of Mr. Vazquez’s, where he lives with 5 other children. At his new home he receives love, trust and support, especially when he acquires his superpower. However, his biological mother shows a giant contrast. When Billy finally finds her, she refuses to hug him and admits to have abandoned him on purpose. This leads him to be an independent man. It is not hard to find what an important role the family plays in his growth. His family of origin limits him but the foster home transforms him to a person who chases for justice. In the end, Billy decides to leave his biological mother. It delivers a vital message that it can be impossible to choose our origins, but what matters most is how we decide to approach life.

There is also another plot in Shazam!. It focuses on the bout between the good and the bad. The enemy, Dr. Thaddeus Sivana, is the one who failed the requirements to obtain the superpower from the wizard. Due to jealousy, he fought with Billy, as he has the superpowers which Sivana is eager for. These two lines help to compose the traditional superhero film plot. It is a common cliché, as it also continues to encounter some problems in the play. The obvious one is the creation of an imbalance between the first and second halves of the story, leading to a weak and boring end scene.

It is unavoidable to compare DC Extended Universe (DCEU) with Marvel Cinematic Universe (MCU) when we talk about superhero films. After the DCEU films directed by Zack Snyder, it seems DCEU sticks to obscurities with a dark vibe and lack of entertainment in their series of films. These films by Snyder are like fables in a modern version with philosophical and poetic shooting. But with the pressure of the popularity of MCU films, DCEU was eager for a change. This time, the audience gets a chance to watch Shazam!, an independent DCEU film aimed for a family audience instead of fans. Even a person who does not know DCEU can understand what happens in Shazam!. It is not necessary to know the previous stories in DCEU like the film Aquaman, released five months ago. We can still find several details that cooperate with Justice League in Shazam!. For example, Freddy frequently wears the T-shirt with a sign of Aquaman and collects a great deal of souvenirs of Superman and Batman. Another surprising detail is the appearance of Superman at the end of the movie, although the face is not discovered.

On the contrary, other comics and film studio from Marvel care a lot about integrity. The fourth series of Avengers is intended to be released by the end of April. However, in DCEU, though Justice League brought various Superheroes such as, Batman, Aquaman, Wonder Woman and The Flash together, what the audience watched was just a respective superhero film that lacked coherent connections. It seems as though Warner Bros Picture mainly cares about making profit rather than telling a wonderful and complete DCEU story.

Shazam! is like Spiderman: Homecoming by Marvel. They are two films about teenagers who get superpower and how they grow up with the power. However, they tell different stories. The latter one emphasises more on power and responsibility. But in Shazam!, Billy exhibits that a person, or a superhero could take the responsibility only after beating cowardice and loneliness.

A teenager always has a lot of self-doubts. “Worthy” is the key word among these doubts. These doubts could result in fear of failure, loss and rejection. To deal with the doubts, tests of being recognized are needed to prove true value of selves. The struggle with identity of Billy is like the young us who cannot compromise with ourselves. Facing growth is helpless sometimes. But bravery and goodness are necessary.

Adults’ world can be tiring and annoying. When facing trouble, why don’t you be like Billy and murmur Shazam? Maybe you will get more power to deal with the mess.

Disclaimer: The magazine is a week-end light-reads publication which consists of highly subjective articles. The articles published in the magazine section do not necessarily reflect the views of The Amsterdammer, nor do we endorse them. The opinions expressed here purely belong to the author of the article. 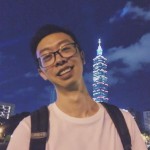