From Argentina with Love

I went to Argentina once as a child, and have not been back since, though I have travelled to other places in between. My grandmother Suze and her brother John spent a big part of their lives in Buenos Aires and stayed there when their father went back to Holland for the war, and both of them speak a beautiful variation of Rioplatense Spanish.

As I sit here in Amsterdam, I feel very at home despite my passports and school certificates betraying me. I’m a Danish-English dual national, and I was educated in the French system. The English part is relatively recent; Suze married an Englishman called Richard, and then became English herself. Curiously enough, she was born in Eindhoven but her Facebook profile says she is from Olivos, Buenos Aires. John lives here in Amsterdam with his wife Anne who is also Dutch, with Indonesian roots. They live just a street away from me, and we see each other every week.

With its famous canals, all the nature it hides in its nooks and crannies, and the narrow houses coupled with their painfully narrow stairs, Amsterdam is unlike any other city. But at times, I’d like to think I feel at home here because it carries some of the same traits as Copenhagen (the bicycles, the stereotypical liberalness, the ‘small and niche culture’ that is now booming in tourism), Wimbledon (the parks and nature, the presence of the English language, the small houses), and Paris (the water, the art, the lights, and of course, the ridiculous housing market). It’s also the first time I am living in the same city as my family since moving away for university at 17 years old.

“I’ve always felt more Argentine. In England, I introduce myself as John. And they always say ‘But John who? John what? What do you do, John?’ […] In Argentina, it is not really like that.“

Suze, who’s more up to speed with modern-day technology than one might think, recently texted me from her “nifty Samsung smart phone,” as she calls it. I imagine her sitting in her English apartment as she types away on her mobile, sat on a stool in the white and brown kitchen next to her ever-growing international spoon collection. “I think that because I went to Northlands, my English school [in Argentina], I felt more English than Dutch or Argentine. I think you will find that John agree[s] with that. I taught English to the Argentines, and my friends were mostly English. I chose to come to England rather than go to Holland or Argentina. I am glad I did. The fact that English was my best language helped a lot.”

But if you ask John, he will tell everyone that he’s Argentine. “I’ve always felt more Argentine. In England, I introduce myself as John. And they always say ‘But John who? John what? What do you do, John?’ They want to know what my job is, what my profession is. And I always reply: I am just John. In Argentina, it is not really like that.” Suze concurs, “Yes, I also realised that John felt more Argentino.”

Funnily enough, even though my grandmother feels English, my father Peter does not. My mother assures me: “No – Dad does not feel English at all. He always says that. He doesn’t feel like any culture. He feels like an alien. His first language was Spanish, but back then he wanted to live in Italy and get an olive farm,” she says, and I know it’s a serious dream, but I have to admit to finding it funny – to not really being able to picture my dad spending his life on an olive farm somewhere in Tuscany. “He says ‘Home is where the bed is,’ and you can quote him on that. He also feels at home when he’s with me!” That last part might be the question to ask when having doubts about a cultural background: not where do you feel at home, but who do you feel at home with?

That question is only a starting point though, because although John has declared the impossibility of being able to make do in any shape or form without his wife Anne – in fact, he can’t cope in her absence – some of his fondest and best times still come to him in the form of a nostalgic memory, from Argentina with love. The artwork that hangs on his walls come from an Argentine artist called Aniko who imports it when she visits her Dutch family. He knows the best website for ordering Argentine snacks in the Netherlands and under his dinner table sits a huge basket full of mate gourds of all shaped and sizes. Ask him about his mate tea spoon collection – which seems to be a recurring theme in my family – and you’ll be shown the pot of metal straws made specifically for the drink.

John loves Amsterdam, it’s undoubtable, and so does Anne. They live happily here together, and we talk about all the good things to see and do. But there is a childhood and a close cultural connection that lie somewhere far away from here; perhaps stuck in another time. They come alive when John reminisces about arriving in Argentina by boat, and how the lights of Buenos Aires suddenly set the ocean ablaze like a thousand tiny fireflies.

The end result is that Suze, who is Dutch, feels English; John, who is Dutch, feels Argentine; and Dad, who is English, feels… like an alien in need of an olive farm. Annegrethe, my mother, has confirmed that she “definitely feel[s] Danish”, which is a relief for me and all the soul-searching that might have to be done, but adds that she has “lost the urge to live there.” I haven’t figured myself out yet, but for now, as Peter would say, home will be where the bed is – and that’s in Amsterdam. 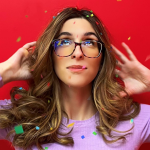