Before watching Roma, it is best to allow yourself to enter the artist’s realm and forget you’re watching a film at all. This is a moving art piece of another time, a biography of people overlooked, containing something different from the blockbuster special or usual Netflix Original. When you envision yourself viewing within the art house, the beauty and simplicity of Roma’s delicate scenes allow you to experience the purest of human expressions. As a “movie” Roma is long, slow-burning, and, admittedly, relatively uneventful. As a work of Art, it is completely captivating.

Various opinions aside, Roma has won a significant number of awards and continues to be one of Netflix’s greatest film successes. Roma, written and directed by Academy Award winner Alfonso Cuarón, hit Netflix this past December. It centers on the life of a young live-in housekeeper in a middle- to upper-class family in Colonia Roma, Mexico City. Presumed to be semi-autobiographical, the film follows the daily moments and struggles of protagonist Cleo as she takes on the household duties for the young family with another maid, Adela. Largely the film focuses on the ebb and flow of working life, tender moments and painful ones. Cleo serves, cleans, cares for the children, and enjoys a date at the cinema when she has a day off.

“It is difficult to deny that Roma deserves its accolades”

Later on in the film, conflict emerges. This is driven by the eventual dissolution of the marriage of her employers, Sofia and Antonio, and the abandonment of Cleo’s boyfriend during an unplanned pregnancy. Cleo and Sofia both must face difficult decisions ahead of them. The women in Roma find ways to cope, survive, and love through their unexpected trials.

It is difficult to deny that Roma deserves its accolades and has achieved something unique and noteworthy. Roma is hauntingly aesthetic.

On cinematography alone, Cuarón deserves the highest respect. Every frame within the movie is posed with careful artistry. The light, balance, and composition of every scene fills your mind with visual satisfaction. Each shot is a painting waiting to be brushed. The film is full of images that would make the front page of Reddit’s r/accidentalrenaissance flood with upvotes. Only Cuarón is capable of making a scene concerning dog feces into elegant artistry.

“Roma is able to capture human moments of both beauty and sorrow in their fullest essence.”

When first viewing the film I thought it being shot in black and white unnecessary and potentially overdone, in trying to be Aesthetic with a capital A. However, I have come to completely understand the choice. The monochrome strips the characters down to their essentials. This is a simple film about the beauties of a simple life. Cuarón’s incredible understanding of light and darkness shows itself by how visually stunning he is able to make a lack of color.

Besides aesthetics, Roma is able to capture human moments of both beauty and sorrow in their fullest essence. The emotions are deeply felt and it is easy to empathize with the characters. In a world of fantasies, million dollar action scenes, and CGI, the realism is touching and poignant. Roma takes us all back to our roots.

I found it refreshing to enjoy a Spanish-language movie set in Mexico that doesn’t follow some of the stereotypes other Netflix shows so brazenly portray (cough) Narcos (cough). Set in the early 70’s, Roma portrays everyday Mexico with authenticity. Social and political themes are tackled, but they don’t hit you over the head. Issues of gender, class, and the political climate of the time are apparent, but are shown in a context that affects everyday people like Cleo. Instead of one large political statement, the focus is on how these themes affect the daily lives of citizens, and how they persevere through such adversity.

In addition, Roma gives a feminist perspective on the lives of Mexican women at the time. The film largely centers on female characters who cope with the absence of significant male figures, loss in their lives, and the difficult choices they have to make. Though the women are from different classes there is a level of support and kindness given to one another, though classism still displays itself from time to time. Sofia and her mother Theresa, the matrons of the house, support Cleo during her pregnancy. Cleo often shows devotion to the family, despite being their employee.

The most graphic scene in Roma is oddly the most positively feminist for me in its candid and normalizing nature. When Cleo’s water breaks during the rising action of a protest demonstration gone violent, the raw reality of her experience delivering a stillborn child is shown in careful detail. There are no suggestions of a fade to black; every medical moment and labored breath of Cleo is featured. Showing such a graphic scene in such a direct way was a brilliant choice. The viewer understands such painful deliveries in an entirely new way. The narrative is given attention in such a way that the stories of women beyond Cleo are given the light and attention they need.

“this film is not for everyone […] Though it shows the characters’ laughter and joy, it is rarely comical for the viewer”

In the end, Cleo admits she didn’t want her baby to be born. The reality of that, moral judgments aside, shows the complexity of female lives, past and present. Her emotional decisions regarding her own body are as important to display now as they were in 1970’s Mexico. The women in Roma must come to terms with the unexpected curveballs life presents them; this is a timeless fact of life.

That said, this film is not for everyone. It is extremely beautiful and artistic, but it is not an action or thriller movie. Though it shows the characters’ laughter and joy, it is rarely comical for the viewer. It is more of the ‘slice of life’ variety which holds little interest for some. However, Roma instead achieves something of a higher magnitude. It has created visual and thematic art that connects real people to a relatable past. Roma doesn’t give us every story of Mexico or every element of our favorite movie, but the story it does tell is told with exquisite design, thoughtfulness, and beauty.

Ivy Wade is a Masters’ Student in Literary Studies at the University of Amsterdam. The views expressed here are not necessarily those of The Amsterdammer. 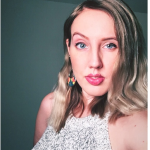