People across the globe know and recognize the red star and iconic green bottles associated with Heineken, the international Dutch brewing company. But they rarely stop to think about what lies behind the image.

Heineken has been in the African continent for over 100 years. Their website promotes an underlying ethic of “growing together in Africa,” stating that they “continue to invest for growth and aim to make a positive impact in the continent through job creation, increasing [their] sourcing of raw materials regionally and by partnering with the communities around [them].” However, Heineken in Africa provides a critical case study about the unethical business practices of the Dutch brewing company.

Talking to the Amsterdammer, van Beemen explains that after his first book Beer for Africa came out in 2015, he continued digging, and received a number of valuable leads. “A lot of people were vengeful because they were not happy about the way they were treated.” Heineken in Africa, van Beemen’s second book, provides a more concise adaptation of his first; it is the product of substantial investigation and chilling revelations.

Van Beemen began looking into Heineken’s involvement in Africa after making the discovery that Heineken was in a “joint venture with the businessman linked to the clan of a dictator.” However, Heineken denied knowing that their employee was linked to the clan, despite the fact that van Beemen had already accumulated substantial evidence to the contrary.

The author explained that after the explosive revelations of his first book, Heineken changed their strategy dramatically. This included giving him access to leading figures within the company, including their CEO Jean-François van Boxmeer and the company’s director for Africa. Van Beemen explains that they hoped Heineken in Africa would be milder than the first book.

Heineken dedicates a large portion of its website to promoting its ethical involvement with several African countries, claiming to bring economic growth and happiness to Africa. However, van Beemen proposes that “most of this is fabricated,” a marketing strategy to protect their public image.

Heineken also promotes “responsible consumption” in Africa, despite the fact that their bottles sold in African markets contain almost twice as much beer as in Europe. For van Beemen, “moderate drinking is not in their best interest; they want to sell as much beer as possible.” Although a large percentage of the population in African countries do not drink at all, “those who do drink drink a lot more,” he said, and Heineken “really rely on heavy drinkers” for their profit. Heineken beer can sometimes be more expensive in Africa than in Europe, despite lower production costs, since it is marketed as an “aspirational product,” associated with wealth and success.

An article written by the Financial Times Africa editor, David Pilling, states that women selling Heineken beer in Nigeria complain of “constant sexual harassment,” yet were told by their managers to tolerate harassment to boost sales. According to van Beemen, very little has been done to stop this from happening. He explains that many girls even have to “sleep with bosses when they want to keep the job,” and that Heineken has simply ignored these allegations.

One of the most controversial issues surrounding Heineken is their alleged involvement in the Rwandan genocide. During the civil war between the Hutu and Tutsi peoples, the company continued to brew its beer. Van Beemen reveals that the company admitted that “the beer was important for the killing.” People would often consume the beer before fighting.

Olivier van Beemen’s allegations reveal the shocking, unethical business practices of Heineken in Africa, even years after its decolonization. The author concludes that the company has “really succeeded in creating a positive image for themselves, in which Africa is a continent of obstacles.” Despite this, Heineken continues to prosper, since the obstacles often work in their favor. An absence of law makes it easier to do business, and for every beer sold in Africa, the company earns almost 50% more profit than in the rest of the world.

Heineken in Africa: A Multinational Unleashed is due to be published for the first time in English by Hurst Publishers today, and is available to buy here. 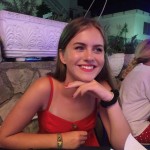