Banksy: Going, Going, Gone… and other Expositions at Moco Museum

The current exhibitions at Moco Museums include stirring artworks by popular street artists Banksy and Icy and Sot Both of them have made recent headlines with the controversy regarding their art pieces.

On October 6, Banksy once again baffled the world at a Sotheby’s auction. Right after the auctioneer declared the painting sold, spectators and journalists witnessed Girl with the Balloon – one of the most iconic motives of Banksy – slowly slide through the lower balk of the thick golden frame around the picture, after which it was almost completely shredded. ‘’Going, going, gone…’’, captioned Banksy under his Instagram post of the loose pieces of artwork dangling down the frame. The Banksy exposition in the Moco museum is still on display but will be gone.

Luckily, the shredded print was not the only piece of Girl with the Balloon; another piece is currently on display in the Moco museum in Amsterdam, but it will be gone after January 15, once the exhibition ends. Even though the exhibition Laugh is not authorized by Banksy, it shows many of his most iconic and famous pieces, such as Barcode, Laugh know, Kids on Guns, and even a sculpture from Banksy’s recent project, theme park Dismaland. The Dismaland project, located in Weston-super-Mare in South England had only been open for about a year. Banksy chose various artists to help him scare the visitors with his own version of the Disneyland theme parks. A statue of Disneyland’s icon Mickey Mouse being devoured by a snake, is right now on display in the Moco museum as well. The Disney character is sitting inside the snake, stretching out his arms in a gesture that could be surprise or enthusiasm.

Banksy brings up some crucial questions to the modern-day society with his anti-capitalist artworks: do people realize that they are prisoners of the capitalist system? Or are they caught up without noticing it? Barcode/Barcode Leopard (2004), picturing a leopard leaving his barcode printed cage, represents the artists’ goal of leaving the capitalist prison.

Banksy’s artworks are creative and intuitive, which, for some people, makes them the perfect in-between of traditional art and abstract modern art. For all street art lovers, Banksy is an absolute must-see. Until today, Banksy’s identity remains unknown, but his works are famous all around the world.

Banksy not only focuses on the economic part of our society, in paintings, such as Kids on Guns, but he also shows his anti-war vision. Along those lines, Banksy’s art pieces go perfectly together with the work of Icy and Sot. Icy and Sot are two Iranian brothers, who had to flee from their home country and currently live in Brooklyn, New York. Similar to Banksy’s topics, they make anti-war themed artworks, depicting their vision on social and political problems. They also address ecological justice and, just like Banksy – capitalism, using all kinds of media: videos, installations, and graffiti. An exceptional piece of their work is the word ‘freedom’ shaped by metal fence, which reminds them of refugee camps’ surrounding.

Both Banksy and Icy and Sot’s topics are extremely relevant for the modern society and the expositions reminded its visitors to practice gratefulness, which is often undervalued in the modern fast-paced society. 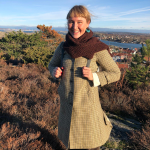