If the name Damien Chazelle does not seem heard, it definitely should. Following his two hit movies, Whiplash and La La Land, both nominated for the academy awards and, additionally, La La Land winning six Oscars, Chazelle delivers another movie following the journey of the first man on the Moon, Neil Armstrong. The movie First Man is directed by Chazelle and scripted by Josh Singer, who is known for the movies Spotlight and The Post. First Man stars Ryan Gosling as Neil Armstrong, alongside Claire Foy as Janet Armstrong (Armstrong’s wife). The movie is based on a book called First Man: The Life of Neil A. Armstrong by James Hansen.

The movie follows the leading years up to the Apollo 11 mission to the Moon in 1969. Ryan Gosling portrays Armstrong as a very intelligent man, yet being reserved with his emotions, by that representing Armstrong’s complicated mind. Gosling’s performance would be hardly topped by any other actor in his shoes. Claire Foy, who portrayed Armstrong’s wife, Janet, showed the struggle of a wife, who is scared for the life of her husband. Although Claire Foy’s performance was of a very high quality, it can be easily overseen by her past performances.

Both of the actors did a very accurate performance of their characters. However, the acting performances will definitely not be the most valued thing about this movie. The cinematography of this movie is the main reason why it is so extraordinary. The storyline of the movie is emotional and adventitious, constantly shifting the emotions of the audience. This is mostly achieved by the remarkable camera work and the exceptional shots, both on land and in space. It is definitely this visual sensation that makes this movie so hard to forget.

There is no doubt, that the movie has to be high quality, since it portrays someone so important in the history. The famous Armstrong’s phrase that is definitely a very big part of the world’s history is also featured in the film. “That’s one small step for man, one giant leap for mankind,” said Armstrong when taking the first step on the Moon. Chezelle gives justice to this quote, as well as to the whole story of Armstrong’s mission. This movie shows an insight to an event that is one of the biggest achievements of humankind and Chazelle perfectly portrayed its significance. 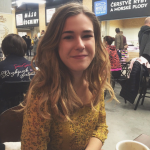