Over the past few years, I’ve seen an increase in the amount of awareness being spread on the importance of mental health. My high-school Student Council organised a Mental Health Week for all its students, aimed at educating them on mental illnesses. A similar campaign is currently being held at the UvA, with the aim of spreading awareness about the student psychologists available to seek for help. Even on social media, I see many posts from my friends, acquaintances, and famous personalities raising awareness about the topic.

Though we still cannot confidently say that there is awareness about mental health all throughout society, I do feel that we have made some progress. However, there are still certain aspects of mental health that are not spoken about as much as they should be. One such aspect is the struggle of having a mental illness in adulthood – specifically illnesses such as depression and anxiety.

As a child, I always saw the adults in my life as these all-knowing beings whose lives were completely put together. They did not flinch, did not cry, did not lose their composure in the face of adversity. It was not until I myself reached the threshold of adulthood that this illusion shattered: I realised that being an adult does not come with a magical wave that sorts everything in your life out.

“…the idea that adults are always able to perfectly handle their emotions has been ingrained into our society’s mindset for decades.”

However, the idea that adults are always able to perfectly handle their emotions has been ingrained into our society’s mindset for decades. Of course, children look up to the adults in their lives because they need strong figures to guide them during their inability to guide themselves. Yet, somehow, this idea remains with us as we grow older. There are certain societal expectations from adults, that stemmed from expectations about their behaviour and inadvertently seeped into expectations about their emotions. In expecting adults to always act maturely and composedly, we seem to have disregarded any possibility for them to be struggling with emotional or mental health problems.

“Age is no guarantee against mental illness…”

To say that an adult cannot be struggling with a mental illness such as depression or anxiety is simply an act of ignorance. Age is no guarantee against mental illness, or negative emotions. With this, I do not refer only to the young-adults in their twenties – when everything is meant to be confusing – nor do I refer only to “senior citizens” overcome with loneliness and lost in nostalgia. I include the people in their thirties, forties, fifties. The people with stable careers, partners, families, everything that society expects them to have. They can and do feel negative emotions, and there is a very real possibility that such emotions can develop into something more serious.

There is a pressing need for us to acknowledge the fact that adults can suffer from illnesses of the mind. Not only do we need to be sensitive to the possibility that others around us can be suffering from a mental illness, but we also need to acknowledge that we ourselves can be struggling with one. I have often found that people have an inherent reluctance to acknowledge that they are dealing with a mental illness, especially as they get older. We are expected to become more mature with age, but maturity is not synonymous with emotional wellbeing.

We need to cultivate a sense of understanding at an individual, group, and societal level that allows for people to admit their struggles to themselves and others. Not only this, but people should also be able to seek help for the same, without hesitation. It is true that adults have more responsibilities and accountability than children do. However, it is exactly for this reason that we need to have an open and understanding environment, one that enables people to better work with their problems and fulfil their responsibilities.

“Let us not forget that mental illnesses do not discriminate based on age, gender, or race.”

Let us not forget that mental illnesses do not discriminate based on age, gender, or race. Having the collective understanding that anyone could be struggling with a mental illness is an important step towards achieving full awareness about mental health in society.

Aanavi Sinha is a Bachelor student of Communication Science at the University of Amsterdam. 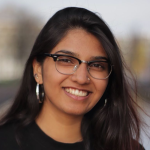