Around 60 people gathered in Amsterdam’s city center on Saturday afternoon to protest against Catalan political prisoners in Spain.

The demonstration took place one day before a massive protest in Barcelona, where around 300’000 people marched against the imprisonment of Catalan separatist leaders and exiled politicians, according to The New York Times. Saturday’s demonstration in Dam Square was organized by the Catalan Assembly (ANC) and the International Socialists (IS). This was one of many small-scaled demonstrations worldwide to demand the release of Catalan political leaders.

At 2PM, both Dutch and Catalan adults and children attended the demonstration for approximately one hour. Protesters sang Els Sagadors, Catalonia’s National Anthem, as they waved the Catalan flag and protest signs that read “Llibertat presos polítics!” (Freedom for political prisoners!), “Free Catalonia,” among others.

One of the protesters was Teresa Duran, a Catalan tourist in Amsterdam. According to Duran, it is important to protest over Catalan political prisoners outside of Catalonia and Spain because the local news stories about Catalonia are designed to misinform the audience. For this reason, Duran believes international media coverage on the issue is a necessity.

Ewout van den Berg has been an active IS member for 8 years. “It’s not about independence, it’s about democracy”, said the Dutch protester on-stage. This was a reference to the referendum for Catalonia’s independence last October 2017 and its aftermath. After the Spanish government deemed the referendum as illegal, the separatist majority of the Catalan parliament declared independence on October 27, 2017.  Madrid reacted by using the emergency powers, stated in Article 155 of the Constitution, to dissolve the parliament and imprison separatist leaders.

Van den Berg claims that the EU should stand up against the Spanish government and its actions regarding Catalonia’s Independence Movement. Therefore, he demands the Dutch government to speak up against Spain’s anti-separatist measures. “It’s not about ‘we are in the Netherlands saying there should be independence’, it is about people having the right to decide for themselves.” 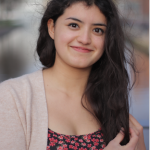